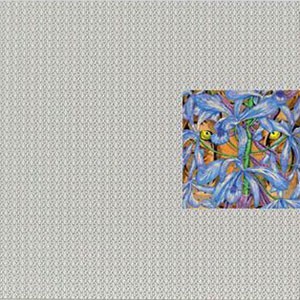 Until now, Alec Storey has been known as Al Tourettes, the pseudonym under which he has released on labels like Applepips, AUS and Hypercolour’s offshoot Sneaker Social Club. He collaborated with close friend Appleblim on Underworld’s latest album, and on a remix for Luke Slater’s Planetary Assault Systems. A regular performer at both Fridays and Saturdays at fabric, and Bloc Weekenders and club nights, his greatest achievement to date has been soundtracking Natalie Portman’s first (fictional) ecstasy experience in Darren Aronofsky’s Oscar-winning movie ‘Black Swan’.

Leaving the Al Tourettes alias behind, Alec now joins the Houndstooth roster as Second Storey, as he is to be known henceforth, with his unique brand of colourful psychedelic electronic music, rooted in bass-heavy soundsystems and festival culture.

The ‘Margosa Heights’ EP is for fans of Drexciya, Appleblim, Shackleton, Pearson Sound and T++.