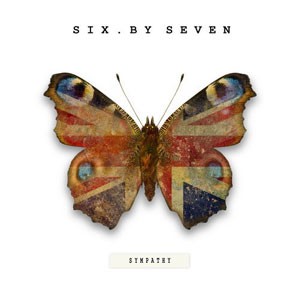 Nottingham’s six. by seven, released their first album, The Things We Make to rave reviews in 1998. Five Peel Sessions followed, an appearance on ‘Later With Jools Holland’ and much touring. The band gained a strong underground following, and released four more albums. Lead singer and creative force, Chris Olley preferred to shun the limelight, releasing internet only albums of wide ranging music and building valve distortion boxes for a number of famous bands with fellow guitarist, Martin Cooper. In 2011, Olley formed the drummerless version of six. by seven, macabrely named ‘The Death Of Six By Seven’ with long time original member and Hammond Organ player, James Flower and ex-six. by seven bass player, Pete Stevenson as well as Martin Cooper on guitar. Gigs followed and so did five singles and an album. After a wrong phone call to a music shop and a chance meeting in London, Olley found himself having a beer with ex Placebo / Boo Radleys drummer Steve Hewitt.

It turned out to be a magical and divine coming together as Hewitt said, “There’s nothing for it, I should throw my drums in the car and come up to Nottingham and get you rocking again.” What followed was four months of rehearsing old songs Olley had written over the last five years, before the band recruited producer, Dan Austin (Massive Attack, Doves, Biffy Clyro) and recorded 9 tracks at the legendary Moles studio in Bath. This July sees the release of what is arguably six.by seven’s most accomplished album. Nine songs of pure drumming dynamite, feral guitars, and a string of songs dealing with the human condition and its broken dreams. It’s a new start by a band that refuses to lie down and stop rocking.