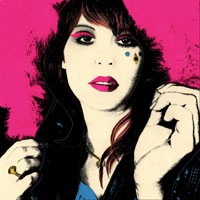 It's hard to think of any other record that so perfectly encapsulates that favourite part of the day for all nighthawks, revellers and DJs. The hour before dawn, when the streets of the city are empty, lights change for traffic that isn't there and a lone fox is you're only companion on your walk home. Taking their inspiration from the synth-heavy soundtracks of John Carpenter (especially "Assault On Precinct 13"), Kraftwerk, Madonna and Timbaland their sound is unique because of the absence of sequencers and computers. There's something undeniably refreshing about dance music that goes out of time occasionally. Highlights include "Rolling Down The Hills" and "Beatific" but it's their cover of Kraftwerk's "Computer Love" that's the record's masterpiece. It's hard to believe that a song written nearly thirty years ago could soundtrack, so perfectly, the alienation of city living in the twenty first century. Thank you Italians Do It Better for "B/E/A/T/B/O/X".