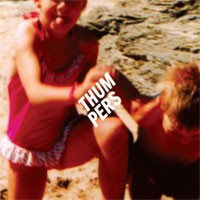 Having released their jubilant debut single ‘Dancing’s Done’ through paradYse Records and Kissability earlier this year, the duo now announce their debut EP ‘Unkinder’ will be released as a limited 12” vinyl through Transgressive Records.

'Unkinder (A Tougher Love)' was recorded in their Warwickshire hometown where the London-based duo decamp to write and produce all of their music. The single features additional vocals ‪from Marcus’ sisters - true to the band’s tight knitted collaborative vision – alongside astral synths and lush melodies to create their heady blend of modern pop.

The 4-track EP reveals a band bristling with ideas from the delicately epic ‘Marazion Bay’ and a Jack Savidge (Friendly Fires) remix of the title track to their spectacular cover of Bjork’s ‘Innocence’ featuring the alternative choir Gaggle.