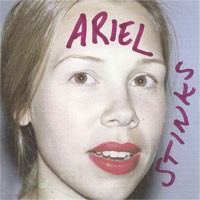 An absorbing look at Ariel Rosenberg's early musique concrète epic. All songs written, recorded and produced by Ariel Pink.  Restoration and mastering by Alain at One Million Mangos Berlin. "As with stored memories one has acquired early in life, Thrash and Burn survives for me less as a finished piece of music in/itself or even a moment captured in time; more a catalog of lifetimes, each piece unique and unnamed, together they recall glimpses of forgotten future-pasts; in cosmology, as one peers ever deeper into the void, first beyond the fixed population density of stars nestled in a 'suburb' at the outer edge of our galaxy, into an evermore all encompassing blackness surrounding a thin lane of galaxies, one heads off in one direction, floating along a lonely string of Christmas lights which recede with the distance. Much further downstream, a giant wall of light scaffolding fades into view. That is destiny's orphan multiverse inhabiting a single frame in its infancy. In time, we would transcend it. From where we stand our footsteps recede and fade into the darkness. But our beginnings are not lost; for someone standing off and above our horizon, in a human ear much more young, the secret of our coming of age shall be preserved revealed and discovered yet once again...." - Ariel Pink, November 2012.

Thrash and Burn dates from a time when Ariel Rosenberg, then a few years from turning "Pink", first proclaimed himself a "20th Century Composer", without a trace of irony in his voice. Appropriately, this early work takes the form of a musique concrète epic forged from Rosenberg's late-90's faux-primitif, garage-punk, and tape-loop experiments. At 94 minutes and 36 tracks, Thrash and Burn displays the symphonic ambitions of his genre-devouring pop saga, Haunted Graffiti, but with little in the way of fastidious album-oriented constructions. Rather, Thrash and Burn is a free-form tape ramble that uses gauzy atmospherics to strike up a wicked dialogue with the likes of Rosenberg's non-pop influences, like Iannis Xenakis, Pierre Schaeffer and Luc Ferrari. (In particular, Schaeffer's "Symphonie pour un homme seul" seems to get plenty of nods here.) Thrash and Burn was discovered in 2005, in an ankle-deep pile of cracked cassettes and scratched CD-R's in Rosenberg's Beverly Hills flat. Grier and Rosenberg then made an initial reconstruction attempt, and Thrash and Burn became a 4-cassette box set for the inaugural release of Human Ear Music, in 2006. The Wikipedia page for Thrash and Burn places its origin sometime in 1998. Thrash and Burn was remastered in September 2012 in Berlin, Germany. The final master was brought up to 24 bit resolution, dynamically and tonally balanced on an Apogee Rosetta and two solid-aluminum monoblock amps.