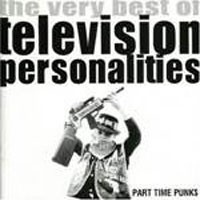 The album features nine singles and selected tracks from five of their most celebrated albums.

Emerging from the punk/indie explosion of the late seventies and a career spanning more than 15 years, Television Personalities have become the band to define Indie Pop!