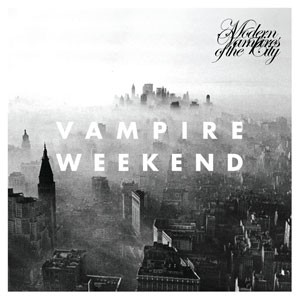 When asked in interviews about the new record, the band have been guarded in describing it, but have stated the album is darker and warmer, saying in Triple J Magazine that “this is our most American album” and citing New York City at night as inspiration for the new sound. The band told interviewer Zan Roew that they focused on “good songwriting”, saying “we wanted the songs to just be amazing”, working towards a sound in which “something that sounds traditional and maybe something that seems modern come together and it feels natural.”

The cover art is a 1966 photograph by Neal Boenzi of the smoggiest day in New York City history, on which the air pollution killed at least 169 people.

Vampire WeekendFather Of The Bride