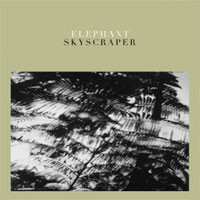 The two met in the early hours of a house party back in May 2010, a fateful encounter that led to many a long night writing and recording songs in Christian’s South London bedsit. They soon came to the attention of Memphis Industries in the Autumn of 2010, with whom they subsequently released a pair of acclaimed 7” singles, ‘Ants’ and ‘Allured’, with The Guardian declaring “they're a Meg'n'Jack reared on breathy Brill Building pop and haunting atmospherics”.

The pair set to work on their debut EP and the result, titled ‘Assembly’ and released in 2011, was a four track wonder that expanded and developed the quiet beauty evidenced on their previous releases.

But all was not well with Elephant - Amelia and Christian had parted ways in a Fleetwood Mac style bout of acrimony. Then Christian broke his wrist (which may or may not be related to the aforementioned acrimony) rendering him unable to play. It looked unlikely that they would ever write together again.

Sometimes, though, you have to realize when you’ve got something good. After a tempestuous year, where they just about managed to play a show at Primavera’s opening party without injury (or worse), a gradual rapprochement took place. September finally saw them starting to write together again and playing shows (including an appearance at Eurosonic and supports with Matthew E White), and lo and behold, an album shaped batch of songs finally started to take shape.

Sumptuous new track ‘Skyscraper’ sees Amelia’s vocals swooning and swooping over a backdrop that twists familiar fifties Doo-wop stylings into something new and alluring, whilst B side ‘Spies’ is a sweet and sparse repost.

It’s a strong, confident marker that Elephant’s debut album will be worth braving broken hearts and broken bones for.