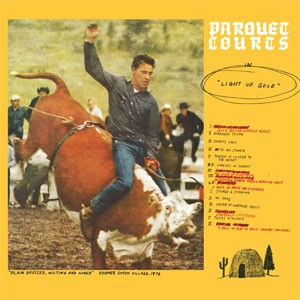 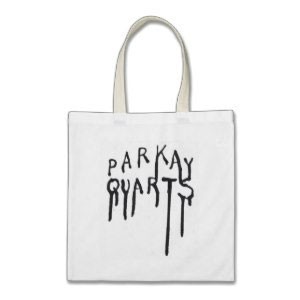 THE PICCADILLY RECORDS ALBUM OF THE YEAR 2013

Formed from the ashes of bands such as Fergus & Geronimo and Teenage Cool Kids, Parquet Courts are a glorious encapsulation of everything NYC punk should be; a frenzied and frantic ramraid on the history of garage rock but with more whip smart intelligence, cutting humour and – crucial to the band – emotional honesty than most other bands muster.

Parquet Courts initially released their debut LP “Light Up Gold” on their own label Dull Tools, but the resultant buzz and excitement (with the tastemaking likes of Spin, Pitchfork, Village Voice and many others joining the ranks of the converted) has seen the album get an official release in the US in January and in the UK. From start to finish, this is a full throttle experience which you have no choice but to dive in to headfirst, with ridiculously infectious melodies and propulsive guitars which grab you as Brown and Savage (with assist from Max Savage and Sean Yeaton) spin their short, sharp tales of quarter-life ennui (“Borrowed Time”), weed-induced inertia (“Stoned and Starving”) and job anxiety (“Careers in Combat”) with concise, laserlike precision.