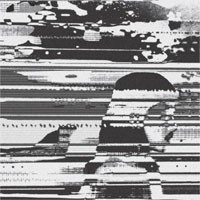 Stygian Stride is the solo guise of the New York based musician Jimy SeiTang, who was a member of Psychic Ills and is currently a member of New York experimental / improve / psych trio Rhyton with Dave Shuford (D. Charles Speer & The Helix, No Neck Blues Band) and Spencer Herbst (Messages, Matta Llama). Rhyton released albums on both Thrill Jockey and Three Lobed in 2012.

Stygian Stride is an album of gauzy electronic music reminiscent of Gas and the classic era of Mille Plateaux and Chain Reaction, with nods to Manuel Göttsching, Tangerine Dream and Popul Vuh.