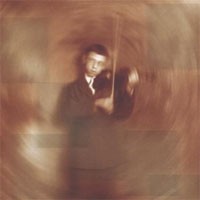 The ever-modest Lambchop boss presented ‘Is A Woman’ to Cityslang with these words: "Here's my new album. I hope you'll like it. It's a bunch of samey, downtempo stuff that doesn't really seem to go anywhere." Little did he know. Is A Woman broke Lambchop to the same place on the European continent where Nixon had previously taken the band in the UK. It was instantly recognized as a modern classic and described by one famous German critic as "one of the best albums ever made". We couldn't agree more.

‘It's a brave and curious record that, as on 'Bugs', occasionally resembles Willie Nelson fronting Labradford.’ 8/10 – NME

‘A record that urges you to lean closer to the speakers in order to fully hear everything that is being played and sung.’ – The Wire

‘These gradual pleasures fly in the face of today's pop/rock hardsell, for sure, but inexorably you are drawn into Kurt's world.’ 4/5 - Mojo