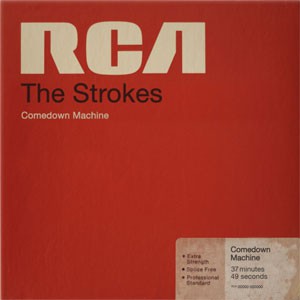 Discussing the recording of ‘Comedown Machine’, bassist Nikolai Fraiture said: “We got off tour and we had these songs, some left over and some new. We rehearsed in Electric Lady and it was working so we went with it. It was touch and go for a while but we finished up at Electric Lady (recording studio) in New York. We recorded ten or 11 songs and there is other stuff floating around.” He added: “We hashed it out all together like the good old days. It’s a legendary studio and it is not far away from us all, apart from Nick who lives in Los Angeles, but he made the trip out to record.”