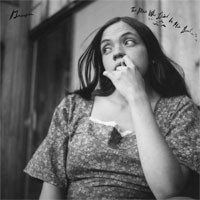 “When I was a teenager the wreckage of a sailboat washed up on the shore of Agate Beach. The remains of the vessel weren't removed for several days. I walked down with my father to peer inside the boat cabin. Maps, coffee cups and clothing were strewn around inside.

“I remember looking only briefly, wilted by the feeling that I was violating some remnant of this man's presence by witnessing the evidence of its failure. Later I read a story about him in the paper. It was impossible to know what had happened. The boat had never crashed or capsized. He had simply slipped off somehow, and the boat, like a riderless horse, eventually came back home.”

The Man Who Died in His Boat is an album of unreleased songs recorded alongside the Dragging a Dead Deer Up a Hill album.