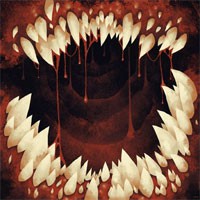 Michael Perilstein is most recently listed as the Public Relations Officer for the International Society for Philosophical Inquiry, which printed his book of popular epistemology, A Flaw in the Ointment: Explaining the Universe - The Difference Between How Things Are and How They Seem to Be, through its publishing arm Eala Dubh (Gaelic for "Black Swan") Editions. That same Perilstein was the composer tapped in 1983 to round out The Deadly Spawn's $20,000 production budget with a score. Directors Ted Bohus and John Dods reportedly contracted with him over the phone and developed the film's actual soundtrack by arranging his solo compositions wherever they seemed suitable. For their part, Perilstein's songs are rather beautiful; mature synth-psychedelia tinged with jazz and funk. Many of his songs hit with a similar force as cuts from older, less campy cult-classics like Alain Gorageur's soundtrack for the classic 1973 French / Czech co-production, Fantastic Planet. Perilstein's music was composed with minimal scene descriptions and guidance, so the track list moves more or less as Bohus and Dods designed it to across film. Still, Perilstein communicates in other ways. Consistent throughout the jazz-tinged synth excursions of the Deadly Spawn Soundtrack is the same wit that infused his subsequent work, nowhere more evident than in the loungy guitars and synthwork on tracks given titles like "Spawn With the Wind". "Let's Spawn," the genuinely wistful "Here Today, Spawn Tomorrow," and "Spawn Lake" are other standouts. The collection ends on a high note with a funky instrumental ballad, the film's surprisingly beautiful eponymous track: "The Deadly Spawn". Divorced from film, Perilstein's soundtrack may not always be a creep-fest, but as he writes in the liner notes, it's certainly "dripping with bloody fun!"