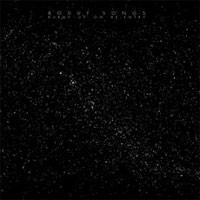 Southern Records is the fitting new home for the brand new Boduf Songs album, an adventurous, unpredictable and exceptional piece of music, which marks the evolution of Mat Sweet’s sound from the minimalist acoustic approach he has previously taken on his four albums for the Kranky label, to a more adventurous and experimental treatment of his songs. Burnt Up On Re-Entry is a piece - an infinite space - where dark psychedelics are crafted using a combination of raw electronics, manipulated samples and heavy rock guitar.

Where once other instruments were rare interludes betwixt brooding vocals and carefully plucked guitar, now they have a much bigger part to play, shaping entire songs into an animated whole. The songcraft on Burnt Up On Re-Entry remains centered around a heavy melodic and melancholic core, which has been prevalent across the entire Boduf Songs canon. ‘Fiery The Angels Fell’, the album opener, is a fine example of this bold exploration into an even more dynamic form of composition. it begins with Mat Sweet’s hushed, mournful vocals and gentle string picks, but quickly picks up the tempo, pushes the electric guitar to escape velocity and lurches out of its gravitational field. ‘Vermin Rend Thy Garments’ and ‘Drexelious Sick Man Quarles Emblemes Closed Heaven’ shift the planet on its axis yet again, the latter morphing into pulsing electronic tones with unearthly vocals and haunting synthesesed dark matter. ‘Everyone Will Let You Down In The End’ appears provide a warm familiarity, but eventually a disturbance occurs within its uniformly rotating mass, before erupting in a supernova explosion. And when the album draws to a close with ‘Oh My Overlord’ we are left hurtling through blackness, as bleeping radio transmissions face in and out amidst epic, otherworldly instrumental soundscapes - we are lost in space, the place that Boduf Songs masterfully forges and envelopes the listener in. Burnt Up On Re-Entry is very much another galaxy for Boduf Songs, allowing Mathew Sweet to explore new black holes and interstellar clouds, resulting in expanding sounds that interact powerfully with his finely honed songwriting, and presenting new hypothesis of the universe. Grab your telescope and join him.