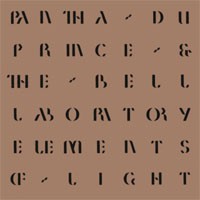 Over the course of three albums - and as an in-demand remixer of artists ranging from Animal Collective to, most recently, Philip Glass - the Berlin-based musician and producer Pantha Du Prince (Hendrik Weber) has been celebrated for pushing the envelope of electronic music.

His newest effort, ‘Elements Of Light’, a collaborative project with The Bell Laboratory, is doubtless his most ambitious to date: The work is a symphony for electronics, percussion and bell carillon, a three-tonne instrument comprising 50 bronze bells.

The genesis of the project began in Oslo in the summer of 2010, when Weber was having lunch with local curators Mattis With and Håkon Vinnogg and heard, in the distance, one of the concerts played multiple times daily on a bell carillon inside the city hall. Weber was struck by how the frequencies and overtones unfolded unpredictably, influenced one another, and resonated, more or less, throughout the Norwegian capital.

With and Vinnogg suggested he compose for the carillon, which was developed in China 3,500 years ago, during the Shang Dynasty, and made its way to Europe during the Middle Ages. Weber began collaborating with the Norwegian Lars Petter Hagen, who served as arranger and conductor. For the recording, a bell carillon was shipped from Denmark to Germany, where Vegar Sandholt, the same carillonist that Weber had heard during his stay in Oslo, played it.

A separate session, in Oslo, brought together a variety of percussionists, including Weber; Martin Horntveth of Jaga Jazzist, Killl and The National Bank; Erland Dahlen of Nils Petter Molvaer Trio, Susanne Sundfør, Madrugada, Xploding Plastix, and Kaada; the researcher and performer Håkon Stene, who teaches at the Norwegian Academy Of Music; and Heming Valebjørg, of the Oslo Philharmonic Orchestra. They contributed numerous tubular bells, marimba, xylophone, cymbals, chimes, handclaps, finger snaps and other percussion.

The album is a single continuous work, although it has been broken down into five tracks named for elements of light: ‘Wave’, ‘Particle’, ‘Photon’, ‘Spectral Split’ and ‘Quantum’. Sonically, the work is a fusion of electronic music and classical composition, and draws on house and minimalism, jazz and new music, Gamelan and Western sacred music. Influences include John Cage, Iannis Xenakis, Steve Reich, LaMonte Young and Moondog.

‘Elements Of Light’ is a natural next step in the Pantha Du Prince oeuvre. Bells figured prominently on his last album, the highly acclaimed ‘Black Noise’, which Rough Trade released in 2010. In a Best New Music review of ‘Black Noise’, Pitchfork said “each track is its own micro sound world with enough rich detail to draw you back for deeper investigation.”