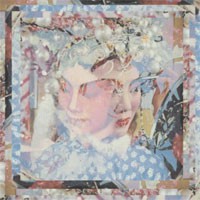 Three albums into their career, Manchester’s Dutch Uncles - a group who pitched their tents firmly in pop’s leftfield with their eponymous first album, before releasing their Memphis Industries debut ‘Cadenza’ in 2011 - have made another huge step forward with ‘Out Of Touch In The Wild’.

This is a refined version of Dutch Uncles doing what they do best - making labyrinthine pop of Escher-like complexity and crystal clarity.

“Coming from the generation of bookish Manchester bands striving to throw off Northern Indie’s boorish image, Dutch Uncles look set to graduate at the top of the class” - NME

Ryan says: The local lads are back with their third album & it's an incredible one! Clever math-pop with intricate, intertwining melodies underneath solid indie-pop songs and intelligent rhythms.