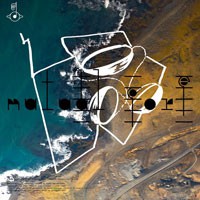 The eighth part of the series of remixes from Björk’s ‘Biophilia’. Available on CD single and 12” vinyl, this entry in the series features remixes by These New Puritans and The Slips.

These New Puritans (Infectious): “A span of ideas and singularity of vision that simply shouldn't happen to 20 year olds. They've created their own imperfect world” - NME. The band have collaborated with Hedi Slimane and released two albums on Domino / Angular Records, 2008’s ‘Beat Pyramid’ and 2010’s ‘Hidden’.

The Slips are David Treahearn and Rob Haggett. Mixing eclectic dance sets with live drums and 8-bit retro visuals, their live appearances soon gathered a buzz, and the band was invited to support the likes of Kasabian, Friendly Fires, Alex Metric and Pnau, as well as playing at Glastonbury Festival and more.