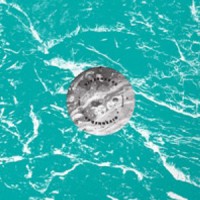 In the A Side, TB's “Invitation To Love”, a highly anticipated track that's finally released after becoming a fixture in John Talabot's sets. Based on Twin Peaks OST's “Laura Palmer's Theme”, the track rephrases Angelo Badalamenti's clas- sic from an acid house perspective. Adding analog rhythms and a crispy bassli- ne to the ethereal chords of the original composition, this refix manages to keep the dream-like atmospheres of the song while transforming it into dancefloor- ready groove. The idea is simple, the results are magic.

On the flip, Marc Piñol repeats appearance on the series revamping some lost australian minimal-wave track. In the vein of his previous “Wheels” edit, the track conjures gloomy atmospheres and sparse rhythms with gritty synth melodies. On the top of it, the barcelonian producer adds dialogues from spanish cult art- house film “Arrebato” (hence the title) multiplying the obscure ambience of the tune.

Once again, the release comes in a limited edition 10” wrapped in a handmade silk-screened sleeve. No digital and no-repress.