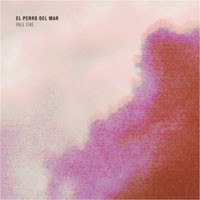 The chiming cymbals, bewitching vocals and downtempo disco vibe of ‘Walk On By’ promise an album of spellbinding intro- and extrospection. Airy, translucent synths meld with languid, otherworldly sounds, making this album soft and hazy, but never forgettable.

From her early DIY releases on the Gothenburg scene - including collaborations with Jens Lekman - through to 2009’s ‘Love Is Not Pop’ album, and recent work with Lykke Li, Gruff Rhys and Chad Valley, El Perro Del Mar aka Sarah Assbring has woven sophisticated late night tales of love and loss. With Assbring returning to the producer’s chair, ‘Pale Fire’ is her most seductive work yet.