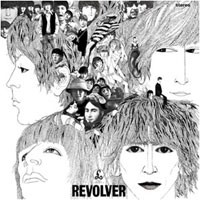 Andy says: Revolver was the album where The Beatles completed their transition from teeny-bop heart-throbs to proper counter-cultural artists, but if you think that sounds pompous, fear not! This record does feature the psychedelic mind warp of Tomorrow Never Knows but it also has Here There and Everywhere, Eleanor Rigby, Taxman, Got to get You into My Life and on and on and on. In short it's still a pop record, full of amazing tunes. John Lennon's I'm Only Sleeping is one of his most beautiful and bizarrely overlooked songs and that's on here too!