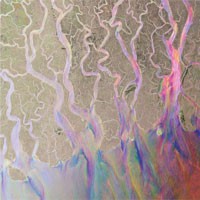 Alt-J’s stunning Mercury Music Prize winning debut album repackaged here in a beautiful jakebox containing the CD and a special bonus DVD which features never seen before track commentary from the band and exclusive performances from this year’s In The Woods boutique festival.

Andy says: This is a ridiculously good debut album. It's angular, arty and complex but....wait for it: CATCHY! The playing and production are astonishing, and the way they combine so many flavours: distorted, dub step-tinged FX-laden bass, r'n'b grooves, acapella folk, glitchy electronica, and of course, angular, arty guitar pop, yet still make it cohesive, is a mind-boggling achievement. This delightful cacophony is topped off by Joe Newman's slurry and far-ranging, emotive vocals, (a more guttural Wild Beasts) which glide and swoop over the dizzying sounds beneath.
They've been compared to Radiohead in that they're obviously brainy, embracing technology, and are really talented players, but I think it's mainly because Alt-J are going to be massive!? With their meticulously crafted sound, and unpredictable swerves, maybe Everything Everything spring to mind, and for their rootsy, folksy side, perhaps Fleet Foxes, but really this band are in a genre of one: the best new British band of 2012!