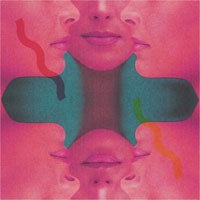 Errors announce the release of a brand new 8- track mini-album, the new record, entitled ‘New Relics’, follows on from the critically acclaimed ‘Have Some Faith In Magic’, released earlier this year.

‘New Relics’ was recorded by the 3 piece during the Spring of 2012 in their Glasgow studio and is released via Rock Action Records.

Ryan says: A mesh of synthetic sound scapes and bizarre escapes into a new sound. An excellent release from Errors

ErrorsHave Some Faith In Magic