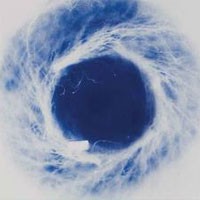 What we have here is a New York City avant garde convergence at its finest. The idea of a meeting between Yoko Ono, Kim Gordon and Thurston Moore is so perfect, so obvious, the only shock is that it didn’t happen earlier. Recorded last year at Manhattan’s Sear Sound, the album features lead vocals by Yoko, with backing vocals and guitars by Kim and Thurston. It’s a wild collision of song-form, poetics, free-rock and classic glossolalic ecstasy. Yoko has not allowed herself to sound this raw since the earliest recordings of the Plastic Ono Band. There’s a remarkably empathic and comfortable quality to the sound. The three communicate as though they’d been playing together forever.