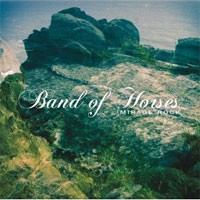 The follow-up to 2010's Grammy-nominated Infinite Arms, 'Mirage Rock' is the first of the band's records to be produced by Glyn Johns, who was inducted into the Rock and Roll Hall of Fame in 2012 in recognition of his work with The Beatles, Bob Dylan, The Rolling Stones, The Who, Led Zeppelin, The Faces, Eric Clapton and too many others to list.

Recorded at Sunset Sound in Los Angeles, 'Mirage Rock' is arguably Band of Horses' most cohesive and accomplished set of compositions and performances to date.