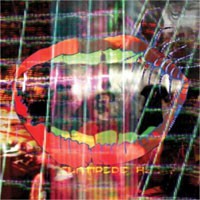 As the album’s opening bars of drum crashes and radio interference on ‘Moonjock’ immediately make clear, having returned as a four piece, Animal Collective have made their most widescreen and fully realized music to date.

Ryan says: They had a tough act to follow with their last release lurking close behind, but it looks like they've done it! Expect a mixing pot of tones from dark dance-pop to even darker krautrock.