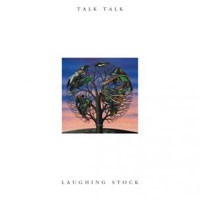 Talk Talk’s Laughing Stock, the group’s 1991 final album, took a year to make, and yet it has required decades to fully appreciate. Following up on the abstract 'Spirit of Eden', which sufficiently alienated pop fans of the band’s earlier material, 'Laughing Stock' took spaces in recorded music to new extremes, with layers of silence breathing through strings, woodwinds, percussion and Mark Hollis’s delicate vocals.

The record exists as one complete thought, albeit with jagged diversions and tangents. Hollis’s and producer Tim Friese-Greene’s goal from the beginning was to create an album that completely enveloped the listener. During recording, microphones were placed at distances as far as 30 feet from the instruments they were recording, and passages were captured with no clear intention as to where they would finally be placed. Before ProTools made the cut-and-paste, drag-and-drop process standard in songwriting, Hollis and Friese-Greene were in the studio with flugelhorn and viola players, capturing notes and phrases they collected and combined into the six tracks that became 'Laughing Stock'. Everything was recorded straight from the original instruments, as Hollis continued reacting against the synth artificiality of his past. It was released on jazz label Verve, further declaring that 'In A Silent Way' was a greater influence than any pop group to which Talk Talk had been compared in the past. 'Laughing Stock' grows like vines in a garden out of any speakers. The full power of the music is as engrossing as it is oblique, like wrapping oneself in a blanket of thoughts. Talk Talk’s music is unapologetic in its obscureness, caressed in the gentle beauty of subtlety and warmth.