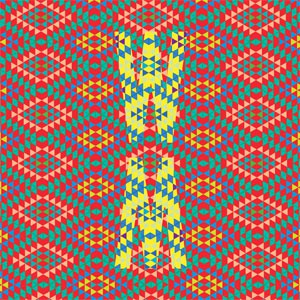 THE PICCADILLY RECORDS ALBUM OF THE YEAR 2012

For those who are unaware, Goat are a collective of musicians who hail from a small and very remote village called Korpolombolo in deepest darkest Sweden.

Legend has it that for centuries, the inhabitants of the village of Korpolombolo were dedicated to the worship and practices of Voodoo. This strange and seemingly unlikely activity was apparently introduced into the area after a travelling witch doctor and a handful of her disciples were led to Korpolombolo by following a cipher hidden within their most sacred of ancient scriptures. The reason it led them there is unknown, but their Voodoo influence quickly took hold over the whole village and so they made it their home - there, they were able to practice their craft unnoticed and unbothered for several centuries.

This was until their non-Christian ways were discovered by the Church and they were burned out by the crusaders, the survivors cursing the village over their shoulders as they fled. To this day, the now picturesque village of Korpolombolo is still haunted by this Voodoo curse; the power of the curse can be felt throughout the grooves of this Goat record.

The nine track album follows the underground success of the now sought after 7” Goatman, which is also included in this selection. The band takes in many influences, from the Afro groove that is central to the album, through to head nodding psych, post-punk, turkish rock, kraut repetition and astral folk.

Darryl says: Back in February 2012 we stocked an intriguing 7” called “Goatman” from a mysterious Swedish group called Goat, we loved its wacked out voodoo psych and judging by sales so did our customers, but little did it prepare us for the amazing debut album that followed seven months later under a shroud of myth and mystery.

The story surrounding the group is becoming the stuff of mystical legend; Goat, according to their press release, are from a remote village called Korpolombolo in deepest darkest Sweden, the tale of the place being that the inhabitants were dedicated to the worship and practices of Voodoo after a travelling witch doctor stayed there a few centuries ago. The band itself is believed to be a collective of local musicians who have been recording music under the name of Goat for the past 30 or 40 years, this being the first incarnation of the group that’s ever released anything for the outside world to share. Of course whether this epic fantasy tale is true remains debatable, but in reality it really doesn’t matter when their musical output is this good.

After the debut 7” we naturally expected “World Music” to be an album full of heavy psychedelic mantras, but what we got was something more mind-blowing - a loose melting pot of afro-voodoo-beat rhythms, blistering psyche guitar freakouts, kosmische drenched metronomy, and post-punk funkiness. It’s at times poppy and accessible (the 3 minute “Run To Your Mama” could grace the top of the charts in any other parallel universe) and at other times raw with an underground swagger, but what really hits you full-on is the spontaneous energy and sassy fun of the album. Think Funkadelic meets Spacemen 3 meets Fela Kuti meets Can meets ESG. It’s an album that’s done pretty much the impossible and united all tastes behind the counter here at Piccadilly, we all absolutely love it, and so will you!