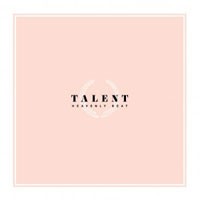 Texas native John Pena began writing and performing under the Heavenly Beat guise in the latter part of 2009. John emerged from his bedroom after months of leisurely paced recording with a couple of tracks that would become his first release on Captured Tracks in the form of the 7 inch single “Suday”. Being influenced by nothing in particular has payed off as many have had trouble pinning the sound down as anything other than “immaculately arranged and paced” and “attractive music for attractive people”. Thus again proving that just because you’ve heard a song by The Cure or Neil Young doesn’t mean you have to ape it shamelessly to gain wide acceptance. Shortly after the release of “Suday” Heavenly Beat released the A side “Faithless” for their forthcoming 2nd single, igniting not only the blog world but the interest of the uninformed few who might have missed “Suday”. By paying homage to no one but himself, John Pena’s band has become one to watch in 2012.

“Heavenly Beat is the solo project of Beach Fossil’s John Pena, described in a super-adept pun by Oh My Rockness as ‘piña colada pop.’ Pena sings about being hurt inside and out, but the party drums and guitars suggest only good times. The perfect song is a little of both.” The Fader.

Ryan says: Noticably different from his work in Beach Fossils, Jon Pena shows us what he's made of. Songs like Faithless just trigger super-8 movies in my head of people running into waves and it just looks like the most fun ever.