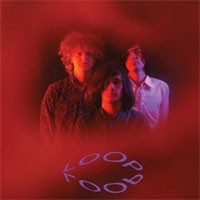 Reactor is very happy to announce an overdue reissue programme of the long out of print albums / material by British band, LOOP. Remastered from the original analogue sources. Remastered by Robert Hampson at SoundMasters with Kevin Metlcalfe, Heavens End originally came out on the HEAD label in 1987, they recorded their first Peel session that year (on the CD bonus disc) and the album draws heavily from the likes of the Velvets, Stooges, and the MC5.

Please note the vinyl versions being made will only contain the Albums as they were originally released, the bonus material is still only available on the 2CD format.