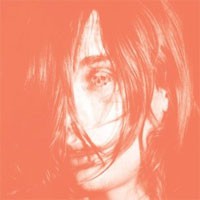 "Microcastle" is the follow-up to 2006's critically lauded "Cryptograms" and was recorded over the course of a week at the Rare Book Studios in Brooklyn, NY with studio proprietor Nicolas Verhes (Les Savy Fav, Silver Jews). All tracks on the record feature Bradford on lead vocals except "Agoraphobia" and "Neither Of Us, Uncertainly", which are fronted by guitarist Lockett Pundt, while "Saved By Old Times" also features a vocal collage by Cole Alexander of The Black Lips. It's a more immediate album than it's predecessor, and although not exactly what you'd call a 'pop' album it's much more accessible. In fact, it kind of falls somewhere between "Cryptograms" and Bradford Cox's solo project Atlas Sound. The songs range from shimmering slow fuzz, at times bringing to mind 80s 4AD acts like Ultra Vivid Scene, to more upbeat, psyche-pop experiments. The mood and tempo change constantly, but that's not to say it's disjointed, it all flows beautifully, all the while pulling influences from all over the place; 60s doo-whop to Kraut to garage punk, all filtered through a shoegaze-fuzz. A wonderfully uplifting, off-kilter pop album. Set to be a Piccadilly Records favourite!