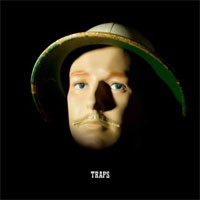 When Jaill nonchalantly stepped into the room with 2010’s ‘That’s How We Burn’, the group had already turned out a small catalogue of selfrecorded and self-released albums and EPs.

SPIN said of ‘That’s How We Burn’, “What elevates their [Sub Pop] debut beyond your average tweepunk rager is the gentle psych dabblings: extra delay on a guitar solo, an errant ‘ooh-ahh-ooh,’ a dubby Panda Bear flourish, and the swirling noise that murmurs through the background.”

Recorded throughout 2011 in Kircher’s crummy, poorly lit basement, with minimal gear and a control room of thrift store afghans, and mixed at NY’s Rare Book Room by Nicolas Vernhes.

Ryan says: Jaill have stuck with their jangly 90's anti-anthems since their last release but this time round, it all feels more confident and honed. Each track is a winner in it's own right!