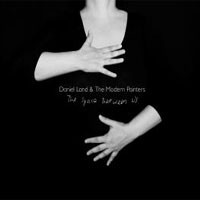 Daniel Land & The Modern Painters return with their second studio album, 'The Space Between Us',. via Club AC30 Recordings. The album follows their debut album, 'Love Songs For The Chemical Generation', released in 2009.

Having spent his formative years listening to the likes of Brian Eno, Peter Gabriel and Cocteau Twins, Daniel's early musical compositions were more about experiments in sound and less about conventional songs. Mixing that with the trance that grabbed him on arrival at University and then filtering it further through the sounds that others handed to him during his student years from the likes of Red House Painters, The Verve and Slowdive, Daniel Land & The Modern Painters initial influences (and continuing interests) are less defined by artists and more informed by sonic experiment and the overall feel of the music. With 'The Space Between Us' adopting a band focus, that fascination with musical texture has filtered through a band dynamic to create modern pop songs that demonstrate an experimental edge but deliver moments of singalong bliss and visceral climaxes.