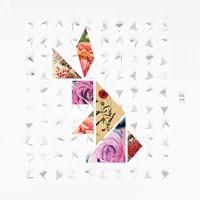 Emerging from a collaboration between two acts, their friendships and passion to produce music together, XXL aka Xiu Xiu and Larsen 'Düde' is their third studio album following on from ' Spicchiology' which saw the group touring and uniting furthermore as a band rather than a side project. Remaining true to their previous endeavours the album was recorded with a similar disciplined 'real time' process in mind. Improvised, rearranged and recorded the day after. 'Film Me In The Laundry' is a three part voyeuristic composition that takes the listener through the record. The opening instrumental begins with Larsen leading the improvisation. Part 2 comes later - a much shorter piece with heavy bass and rhythm akin to the suggested environment. Part 3 brings the album to Düde's last chapter 'closing time'. XXL's funkier number 'Disco Chrome' brings up the pace of the record with a heavy dose of Xiu Xiu style percussion and synths. In 'Apsorbtion' one hears an electrified Kaolimba accompanied by Ramon Moro on the trumpet and flugelhorn. Following this comes 'Krampus' a dark and majestic ode to the mythical creature recognized in Alpine countries with Korean spoken word from Angela. 'Oi! Düde' fills 18 minutes with XXL krautrock visions as that leads to Vaire. Düde is the first XXL album featuring Xiu Xiu's Angela Seo instead of previous keyboard player and vocalist Caralee McElroy.