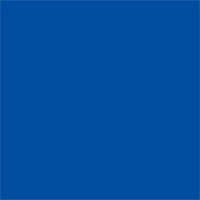 The blue album from 1974 and was Schnitzler's second solo LP. Digipak reissue with liner notes by Asmus Tietchens, rare photos and six bonus track (CD + download only) On the red album, Konrad Schnitzler laid down the direction his musical artistry would take. The blue album ("Blau") offered confirmation of his intent. Maybe the "Rot" and "Blau" tracks were recorded in the same session. Structure, sound and timbre of both LPs are so similar as to suggest that this was the case (an unverified assumption nevertheless!). Far more important than this historical pedantry is the fact that Schnitzler included two brand new compositions on "Blau" which followed on seamlessly from the previous album. Quite simply, he had found his way, a course from which he would not stray as long as he lived.

The so-called Berlin School (Berliner Schule) - with Konrad Schnitzler one of their number - had developed its own style of minimalist music. Clearly distinct from Anglo-American pop music, and no less removed from the minimalist art music of Steve Reich or Philip Glass, the focus here was on electronics and elementary rhythmics. The Berlin musicians showed no great interest in instrumental or vocal virtuosity, nor were they in thrall to exuberant interleaving of rhythm. With the aid of synthesizers and studio technology, they were bent on breaking into territory hitherto considered the province of a privileged elite, clouded in mystery and secrecy, resonating with uncharted sounds and noise. "Blau" is an archetypal example of this very phenomenon. Schnitzler's style was really too idiosyncratic ever to set a precedent, but he was, and still is, one of the most significant inspirations for pop music in more recent times. Already a figure of prominence, perhaps he will one day be elevated to the status of a legend.