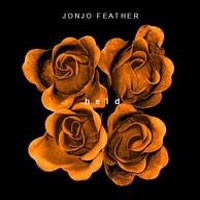 Jonjo Feather released three singles and a critically acclaimed debut album in the space of 18 months. Legal wrangles with his label and a nervous breakdown in the intervening period have wreaked a startling change of direction for this accomplished songwriter. Now 23, Feather returns with his self produced second album “Held”. Recorded entirely in his Yorkshire cottage this album reveals a new, stripped bare aesthetic of intimate whispered vocals, tape loops and cinematic piano-led songs, in which Feather moves away from the driving rhythm of his previous work in favour of voice and a bittersweet atmosphere of nostalgia and loss. Anyone who cites Eric Satie and David Lynch as influences is clearly comfortable with darkness, but the album is far from bleak - the beauty of his melodies balances the raw sincerity of his lyrics.

Feather is frank about the emotional connection he made with his work : "I wanted this album to reflect a difficult time that went before it". Recorded over a nine month period, assisted by long term musical partner Danny Trew-Barton, this is the unforgettable sound of an artist coming of age on his own terms, revealing a new honesty, intensity and complexity.