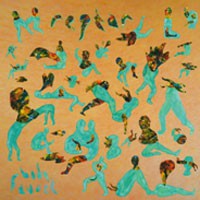 Reptar are from Athens Georgia and are the latest signing to Lucky Number (Darwin Deez, Friends, Caged Animals, Sebastien Tellier, Gotye). They have a reputation for riotous, must-see live shows becoming the most talked about band of 2011’s SXSW with the NME declaring they were “the most synonymous name in Austin”.

“ Bouncing synth-pop recalling the gleaming, anthemic vibrancy of early MGMT, the galactic qualities of Empire Of The Sun and the playful oddities of Animal Collective. FLY