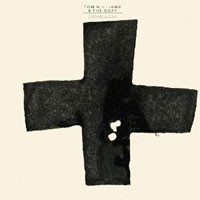 After five years as a band, encompassing five EPs and two albums, Kent-based six-piece Tom Williams & the Boat might appear fully-formed but, with the release of their second album, ‘Teenage Blood’, they’re only just beginning to reveal their true colours.

‘Teenage Blood’ is made up of ten tracks that Tom says reflect a new sense of focus for the band. After becoming obsessed with the idols of pop-rock’s history, such as Tom Petty, Teenage Fanclub, The Band and Loaded-era Velvet Underground, Tom decided to write songs that take the traditional song structures of that genre – repeated choruses, catchy hooks – and fill them with a subversive lyricism, touched upon in the debut release.

The result is a tight, narrative set of tracks that don’t so much form a concept as a series showing the progression of doomed love affairs – moving from youthful naïveté in ‘Too Young’ into ‘There’s A Stranger’s gut-punch realisation of the death of a romance (‘the best song I’ve ever written’, says Tom) and finally the ‘rolling credits’ of ‘Emily’, a depiction of the (re)birth of a new relationship. Teenage Blood’s consistent focus and narrative drive make for a more cohesive album than Too Slow; a mixture of the black and white polarity of their debut that explores new, captivating shades of grey - the spaces in between pop and alternative music, love and hate.