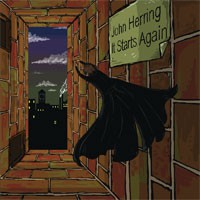 John’s second release sees the return of the same melodic beauty but somehow more driving than his previous offering, ‘Tales From a Northern City.’ When asked why he wrote the album Herring says, ‘The last album was admittedly nostalgic whereas the challenge in the writing for these songs was to focus on now. Musicians often write about the past or the future in the same way we all think in life and I wanted to write an album that was about ‘Here’.

As one reviewer reflected, ‘Herring bridges that difficult divide between “popular music”, melody and “legitimate” rock with effortless aplomb... John can easily be compared to the likes of Kurt Wagner and Nick Drake as a master craftsman both lyrically and musically.”