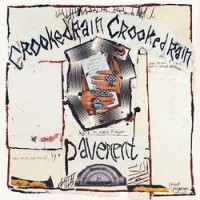 Originally released in 1994, this was Pavement's second album, and it signaled the end of Pavement seeing themselves as a recording experiment and the beginning of Pavement as a full time touring band. One of the casualties of this change was the eccentric and usually drunk drummer Gary Young (included here are eight tracks of pre-album Gary Young sessions), whom was replaced by Steve West who bought a greater stability to the line up. The new line up recorded "Crooked Rain Crooked Rain" in NYC, and it proved to be an instant indie classic, packed with superb tracks including singles such as the awesome "Cut Your Hair", "Range Life" and "Gold Soundz".

PavementQuarantine The Past: The Best Of Pavement