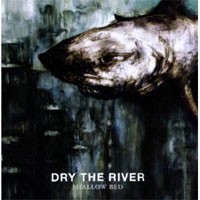 Dry the River release their debut album Shallow Bed through RCA Victor. The band is one of 15 artists on the prestigious BBC Sound of 2012 shortlist, making the record one of the most anticipated of the year. The 11-track album, produced by Peter Katis (The National / Interpol), was recorded at his Connecticut home-studio during the summer of 2011. “We were looking for someone who could strike a balance between lo-fi and hi-fi,” says Peter Liddle, Dry the River’s lead singer. “We wanted to record the bulk of it to tape, to use analogue stuff in favour of computer wizardry where possible, but without it sounding like an old folk record. I think we tried to preserve the fragility and honesty of the more stripped down tracks, but still get the intensity of the live show across too - to marry those two aspects of our music without it sounding incongruous.”

With an esoteric list of influences ranging across Leonard Cohen, At The Drive-In, Neil Young and Bruce Springsteen, this is a record not to be missed.