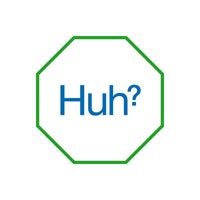 “When you make a record, it has to be the single most important thing in your world. This time around, I wanted to do something that encompassed all I love in rock ‘n roll music. It’s got everything from Brotzmann and Berry right through to Dennis and Brian Wilson. I’m obsessed with music and the way you put it together and I don’t believe there are any rules.” - J. Spaceman.

Recorded during the past two years, in Wales, LA and Reykjavik, and mixed in his own home, 'Sweet Heart Sweet Light' will be Spiritualized’s seventh studio album. The last was a concert album recorded at Radio City Music Hall, where Spiritualized rendered the ’97 game changer 'Ladies And Gentlemen We Are Floating In Space' in full.

Andy says: If you were feeling as weary as Jason Pierce occasionally sounds, on what is basically his seventh solo LP, then you may be forgiven for thinking... oh here we go again: death, drugs, destruction and Jesus!? That is, if his usual lyrical world wasn't married to his best collection of songs since the almighty "Ladies and Gentleman" LP of 1997. Apparently it was the revisiting and touring of that record, in 2009, coupled with a serious liver ailment that made Jason decide that anything he now put out would have to reach those standards. Yes he's wracked with pain (and this is genuine; his voice is now so cracked, weak even, soulful!) but there's glory and majesty in the music. "Little Girl" and "Too Late" would be massive radio hits in an alternative universe, whilst "So Long You Pretty Things" is , for me, the greatest thing he's ever done.