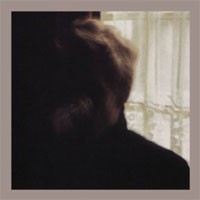 For a limited period both formats come with a free 5 postcard set in a printed wallet. Each postcard featuring the artwork of the release.

The second Palace Brothers album was originally self-titled (or untitled), though the moniker "Days In The Wake" was appended to later pressings. The release is at once a progression from and reduction of the twisted lo-fi country-folk of the debut album. "Days In The Wake" is essentially just Oldham, his cracked tenor and his acoustic guitar. The songs aren't as unremittingly dark as on the previous recording, since Oldham injects a fair amount of stream-of-consciousness humour and light-hearted, elliptical song-poetry. The extreme sparseness amplifies the emotion in Oldham's voice and lyrics though, and on "You Will Miss Me When I Burn" the emotional desolation is harrowing, bringing to mind the best work of Mark Eitzel. The brainy non-sequiturs of the closing "I Am a Cinematographer" are evidence that there's more forethought than savant at work in Oldham's artistic process.

Palace BrothersThere Is No One What Will Take Care Of You

Last Of The Easy RidersUnto The Earth