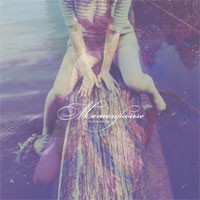 Memoryhouse formed some five years ago in the depths of Southern Ontario, Canada, in a mid-size town called Guelph as a collaborative project meant to serve as an artistic outlet for composer Evan Abeele and photographer Denise Nouvion. Evan, a dedicated student of classical music and a pop-music encyclopaedist, intended Memoryhouse to be a multimedia art project, pairing his instrumental compositions with Denise’s photographs and short films. Testing ways to blur the boundaries between genres, to weave a synthesis of music and photography, they experimented with themes, lyrics and multiple layers of instrumentation. Nouvion’s soft, ethereal voice anchored the frozen textures of Abeeleâ's compositions with frank sentimentality—a unique approach towards humanizing the electro-pop compositions they were creating.

The new album is called 'The Slideshow Effect' and its title speaks to what hasn’t changed for Memoryhouse: their continuing interest in the synthesis of the aural and the visual. It refers to the photographic/cinematic technique of zooming and panning to animate still images, often used in documentary film making to give movement to archival photographs. The 10-track album, produced by Abeele, with assistance from friend, collaborator, and occasional Memoryhouse bassist Barzin Hassani Rad, finds Memoryhouse heading toward a new clarity in composition as well as sound; a more organic direction for artists who are, in their own words, transitioning from a “bedroom recording project” into a fully realized band. Nouvion’s voice has never been more present than on the new album, which finds her stepping away from Memoryhouse’s past reverbed sound in favour of a more upfront, and intimate vocal approach.

They half-seriously refer to their new sound as “Taylor Swift with Built to Spill as her backing band.”