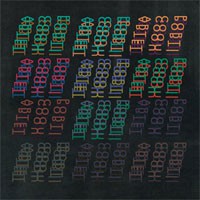 Portico Quartet still sound like nothing you ever heard before. The Mercury nominated East London based outfit’s unique music has expanded to embrace new sonic territories. Drawing on the inspiration of electronica, ambient, classical and dance music as they take their strange, beautiful, cinematic, future music to exciting new vistas where the inspiration of Burial, Mount Kimbie and Flying Lotus rubs shoulders with the textures of Arve Henriksen and Bon Iver and echoes of Steve Reich and Max Richter. But all underpinned by a shared joy in collective music making as the band push their inimitable music into the future.

Produced by the band themselves and brilliantly engineered by Greg Freeman at the Fish Market studios and Real World, Portico Quartet’s eponymous third album is the sound of a band that refuses to stand still. But there are no shortcuts here, the music is played live, not pre-recorded, and the hard won collective empathy that is at the heart of their sound remains their primary touchstone. Full of mystery and drama Portico Quartet still take the listener on an unparalleled journey but where their previous album Isla was the sound of a band looking inwards, Portico Quartet find the band looking defiantly into the future.