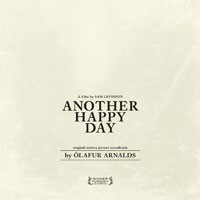 In his own words: 'In mid-December 2010 I was on a holiday in China when I received an email from Sam Levinson about the film. We got on the phone at like 4 in the morning Beijing time and ended up talking all through the night, instantly connecting. He told me that they had been listening to my music while making the film, so the film was already very influenced by my music. However, it was not until Ellen Barkin - the beautiful force that she is - had pestered the producers for a week, calling them every day about how I am the right one for this film, that they finally gave in. The only catch was that it had to be done two weeks later, in the first week of January. So I ended up scoring nonstop all throughout Christmas, making my mother mad in the process.' - Ólafur Arnalds.

Born in the suburban Icelandic town of Mosfellsbær, a few kilometers outside of Reykjavík, the 24-year old composer has always enjoyed pushing boundaries with both his studio work and his live-shows. Through relentless touring and determination this young artist has steadily gained recognition worldwide since his 2007 debut Eulogy for Evolution. Ólafur Arnalds' second full-length album ...and they have escaped the weight of darkness, continues his mission to lure an indie-generation of pop and rock fans into an emotive world of beguiling electronic chamber music and delicate classical arrangements.

Sil says: Prolific Icelandic composer Olafur Arnalds, only 25 years old of age, strikes again with this compendium of delicate piano melodies. This falls into the neoclassical folder together with Brian Eno or Philip Glass.

I must say that I have not watched this film but the soundtrack easily stands alone and does not need the feature to feel complete.