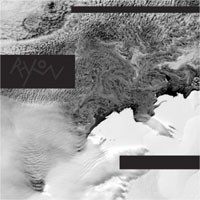 Rhyton is a band with an organic genesis, born from late night rap sessions at a local Brooklyn watering hole. Heads of certain vibe gathered together to tap into the underlying flux form of transportational music. Dave Shuford (D. Charles Speer, No Neck Blues Band) had been knee deep in research and practice in the realm of middle eastern musics during the recording of his solo LP Arghiledes. From that album, the track “The Heavy Heart of Ando-Yeap” was used as a leaping off point for the gestation of Rhyton. Shuford brought his personal selection of varied string instruments to the table, seeking to create a heavier electric syntax for mandolin, saz and baritone guitar. Jimy SeiTang (Psychic Ills) emerged as a sonic surgeon, creating wave patterns with his bass and pulses of tape delay tales. Spencer Herbst (Messages, Matta Llama) injected his flowing, highly energetic style of percussion and brought in visual conundrums by way of videocassette. An instant near-telepathic bond was established, making improvisations seem like composed forays even to the closest confidants. With variants and heads situated as a point of departure, Rhyton explores the inner workings of the ear and seeks the latent brain bulge within the listener.