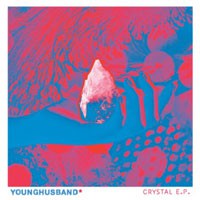 Brand new four-track EP from Younghusband, following the success of their debut single, the double A-side single ‘Carousel’ and ‘Nothing, Nothing’, which was named Zane Lowe’s New Hype and is still being played on BBC 6 Music now.