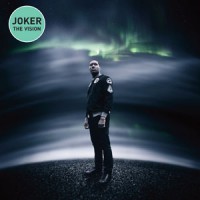 With such a wealth of releases behind him, it’s hardly surprising that Joker’s music escapes easy characterisation. Keen to avoid generic formalism, he has even publically distanced himself from being labelled  as just dubstep. It’s understandable, since his music runs deep with R&B, funk and soul influences combining with his trademark pounding bass wobbles and ascending crystalline synths. Also apparent is an affection for computer games; no more evident than on the Sega throwdown album track ‘Level 6 (Interlude)’.

Old fans will be pleased to know that trademark instrumentals are there in abundance, from the Vangelis inspired album opener (‘Intro’) to established classics ‘Tron’ and ‘My Trance Girl’, which showcase the muscular synths and sharp drum snaps for which he has become renowned to the warmth of the heady height of summer album closer, ‘The Magic Causeway’, performed with Ginz. These are complimented by a number of startling vocal collaborations that also show just how far his sound has come; with inspired contributions from fellow rising stars like Jessie Ware on the Radio 1 playlisted ‘The Vision (Let Me Breathe)’, Jay Wilcox on ‘Electric Sea’ and Silas from Turboweekend and William Cartwright on forthcoming singles, ‘Here Come The Lights’ and ‘On My Mind’. He also found the time to round up Buggsy, Shadz, Scarz and Double (KHK-SP) to record ‘Back In The Days’, the definitive Bristol track he’s been promising to make.