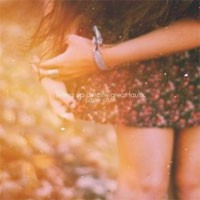 Hailing from Los Angeles, California, Letting Up Despite Great Faults is the sonic diary of founding member, Mike Lee.

A blissful mix of lo-fi, shoegaze and indie rock, the ‘Paper Crush’ mini-album is their first release in the UK. Already with a full length and TV exposure under their belts in the US, their 2009 release was met with unanimous critical acclaim, garnering rave reviews from the likes of Pitchfork, Rolling Stone, Exclaim!, and countless indie music blogs.

Judging by the rapidly growing number of fans being left smitten by Letting Up’s brand of “dreamy indie pop that boys want to make and girls want to fall in love with” (TheNewMusic.net), their new 2011 release ‘Paper Crush’ should make a similar impact.